The impact of the Corona virus on the logistic sector 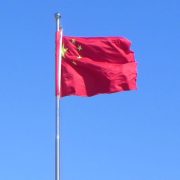 We would like to update you on the recent developments surrounding the Corona virus.

The impact of the Corona virus on the logistic sector

With the exception of the Wuhan region, China is slowly getting back to work. Factories are starting up again with limited capacity, and terminals are also partly operational.
There is however still a great deficit of personnel, amongst whom are truck drivers and terminal operators. Terminals and warehouses are full to capacity and now that factories are starting production again, there will be even more cargo on offer, thus applying even more pressure to the low capacity market.

The combination of these factors is causing a tremendous backlog and further delays. The main ports in particular, such as Shanghai, Ningbo and Xingang, are coping with heavy congestion. It will take months before all these issues are resolved.

Now that corporate life is starting up again in China, the demand for space on board of vessels is increasing as well.
But as there is a record number of blank sailings, available capacity is at an all-time low. Expectations are that this lack of space will drive the prices up further still in March.

This capacity problem is also affecting exports from Europe to the rest of the world. Scarcity is driving the prices up and space is tighter than ever before.
In addition to the base rates being increased, most carriers have also advised they will implement a peak season surcharge on March 1st. The amount varies per carrier and applies, for now, to the areas of the Middle East, the Far East, Australia, New Zealand, and the Indian Sub-Continent.

An additional consequence of the blank sailings is that equipment isn’t being moved. This is resulting in a lack of available equipment.

The container shortage doesn’t only affect the Far East trade, but all routes.
As a result, carriers are implementing a second surcharge, namely an Equipment Imbalance surcharge. Here too the amount varies per carrier, but it is being implemented on a good number of trades.

As previously advised, most airlines have canceled their passenger flights to mainland China, which normally carry cargo as well. These flights are canceled until the end of March at least, subject to further review. There are still cargo flights, be it in reduced numbers.

Here again, the reduced capacity is driving the prices up and there is an ever growing backlog of cargo building up.

Now that the Corona virus is slowly spreading throughout Europe, it is likely there will soon be consequences to transport across the continent. At present, there are only limitations on transports to and from Northern Italy, but we are monitoring the situation closely.

We would again urge you to keep this extreme situation in mind when planning your cargo moves. Please place your bookings with us as early as you can, so we can find you the best possible transport solution.

We hope this information helps you plan your transports and as ever, we are at your disposal should you have any questions.  Keep an eye on our website for all the latest news in the world of logistics

We use cookies to ensure you get the best experience on our website.I agree